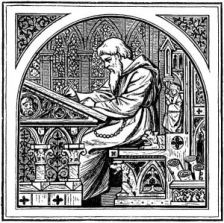 It was not my idea to write three novels simultaneously but halfway through the first novel I began a second, and shortly afterwards I began a third. What could I do? Ideas appeared demanding development and I couldn’t resist. The disadvantages of this might seem obvious, but there are advantages too: putting one of them aside when it is giving too much grief, for example, and applying what is learnt from one to the development of another. Writing a ‘walking’ story, L’incontro, during a residency in Italy inspired yet another novel that is now complete.

There are now five novels in the top drawer, one barely halfway through a first draft, one two-thirds written, the other three complete and in robust form after multiple drafts, and now trying to catch the eye of a publisher.

There are short stories developing too — a suite of six Italian racconti under the title of La biennale alla fine del tempo, each one set in a different Venice, each one centred around the presence of strangers: fugitives hide in a deserted Biennale pavilion; a passenger falls ill on a cruise ship; a writer-in-residence seeks an idea for a ‘Venetian’ novel; a statue of Richard Wagner is humiliated; the myth of an ancient wooden madonna is pursued across the lagoon; a priest comes home to die after decades abroad. The stories reflect my own status as a foreigner in Venice, and my appreciation of the city as a place of multiple meanings and histories.

Writing Between the Lines

A Word Before You Go