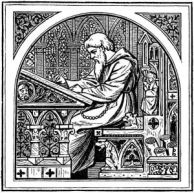 Writing Between the Lines

It was not my idea to write novels simultaneously but halfway through the first novel I began a second, and shortly afterwards I began a third. What could I do? Ideas appeared demanding development and I couldn’t resist. The disadvantages of this might seem obvious, but there are also advantages – putting one aside when it is giving too much grief, applying what is learnt from one to the development of another.

There are now five novels in the top drawer, one barely halfway through a first draft, one two-thirds written, two in complete drafts, with more needed, and one, Writing Between the Lines, now finished to my satisfaction. It is the first of a trilogy, (An Artful Conspiracy and Maximum Exposure, the other two), that explores the volatile interdependence of writer and character, and is partly inspired by recent research into writers’ experience of their characters.

What is consistent in my writing is a certain playfulness, a passion for writing about writing, a fascination with characters at the beginning of something new in their lives, and a desire to leave the reader in a positive, even optimistic, frame of mind.

There are short stories developing, too — a suite of six Italian racconti under the title of La biennale alla fine del tempo (The biennale at the end of time). Each one is set in a different Venice, each one centred around the presence of strangers. These stories reflect my own status as a foreigner in Venice, and my appreciation of the city as a place of multiple meanings and histories. The first of these stories, Un pugno sul naso, is on the website under Appunti dai Campi. These stories also follow on from my ‘walking’ story, L’incontro, which I wrote during a residency with SabinArti in Casaprota, Italy.